How the French think #1

As the author explains in his reply to Mark Lilla's review in the New York Review of Books:


I am grateful for Mark Lilla’s generous and probing review of my book How the French Think: An Affectionate Portrait of an Intellectual People [NYR, October 22]. However it begins with a basic misunderstanding: on offer here is not a general survey of French thought, but an attempt to explain the style, the rhetoric, and the discursive techniques that are characteristic of French thinking. 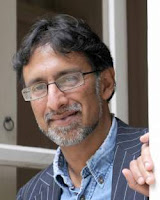 Mauritian-born Dr Sudhir Hazareesingh is University Professor in Politics and a Tutorial Fellow in Politics at Balliol College, Oxford.  He is a fellow of the British Academy and winner of the Prix D’Histoire of the Fondation Napoleon for his 2006 book, The Legend of Napoleon.  His In The Shadow of the General (Le Mythe Guallien) was published by Gallimard in France in 2010 and by OUP in 2011.  It was described as “inspiring and brilliant” in L’Express, “fascinating and beautifully measured” in the London Review of Books, and “perceptive and richly documented” in Le Monde, and was awarded the History Prize 2010 by the French Senate in recognition of a book which has helped to stimulate public reflection on the principles of good citizenship.

I know of no other book that offers younger translators or anyone who wants to deepen their understanding of how the French think a more compact collection of insights, analyses and syntheses, not to mention the easy access to key names, references and quotations.

I recommend this book to anyone who translates or hopes to translate documents dealing with the French elite, French philosophers and philosophies, editorials and high brow articles from French newspapers, magazines and other media, the role or writings of French intellectuals and countless related areas as a quick reference and a particularly concise background source, complete with key terminology and expressions in English.

It is a pity, for translators at least, that Sudhir Hazareesingh didn't compile a website of the source material for the hundred of translated terms, expressions and quotations so that we could all make bitexts or translation memories of them.

Perhaps a group of translators or translation students would like to take on the challenge. It would make an excellent resource?

In a series of posts, I will briefly list:

Use these 12 steps from Ann Handley’s Everybody Writes to take your writing from a discombobulated mess to a coherent, useful piece of content that engages audiences.

Or, if you are a translator grappling with poor source texts, identify precisely what your authors should be doing before submitting their texts to you for translation.

Tim Radford on Science Writing — an interview by Jo Marchant of fivebooks with longtime Guardian science editor Tim Radford — offers insights into what makes for good science writing. Not only is the interview uplifting in its own right, but it is full of uplifting quotes by inspiring science writers.

While the highest forms of science writing soar high above everyday technical journalism, writers and translators with even just a passing interest in science and technology can learn from great science writers such as these.


The books discussed in the interview are:
Tim Radford was science editor of the Guardian from 1980-2005 and four time winner of awards from the Association of British Science Writers. He is also the author of  The Address Book and Science that Changed the World: The untold story of the other 1960s revolution.

Science explains the world I’m living in and it doesn’t just explain it scientifically, it can explain it in literary terms as well.

Everything about science is hard except the words. ... People will occasionally condemn the use of metaphors in science, and my answer is, ‘Yes, but try and write without them’. You won’t get very far. What you’re doing is describing the world and you’re telling people things that they don’t even know they want to know.


We ask experts to recommend five books in their subject and explain their selection in an interview.
We publish a new interview every Friday.
On this site we house an archive of almost one thousand interviews. Browse through our diverse archives, and use the comments to recommend your own favourite books.


As the warm-water tank of the hot-water system is used, the temperature of the warm water may become lower if it is continuously used.

Warm water: The more you use, the lower the temperature.

The winning version was:

On writing skills at Deloitte and elsewhere

Now that he's had a couple of weeks to think about it, I wonder how Punit Renjen, CEO of Deloitte Global, is feeling about Lucy Kellaway's devastating article of 17 January entitled Deloitte chief’s new year memo is a classic in demotivation.

Here's a sampler of what Lucy had to say about Renjen's motivational new year memo to his staff:

As Lucy says, Deloitte “advises big companies, which pay vast amounts of money for its services” which means, of course, that a significant proportion of company's income derives directly from written reports. Two questions leap to mind:
I wonder if any of Deloitte's regional offices produced translations of their CEO's extraordinary memo? I'd be curious to see them if they did. I also pity the translators assigned to the task.

In my posts of 21 and 25 January, I mentioned companies that claim they can radically improve the writing skills of their clients' employees. Now consider these claims against the prestige, qualifications and pay scales of Deloitte consultants. The thought leaves me dumbfounded!
at February 05, 2016 1 comment:

Below you will find a link to v17 of my  French-English Glossary of Naval Technology  dated October 2019. This glossary or lexicon is ...