I contributed to the Greek Bailout Fund, a crowdfunded initiative to bail out Greece.
It's a 'long shot', indeed a very, very 'long shot', but it would be wonderful if it were to succeed.

Thanks to Lingua Franca blogger William Germano, I now know some things that I should -- as a translator specialising in naval defence -- have learned long ago about the many meanings of the word 'torpedo'..


First, the torpedo is the electric ray, a flatfish with the capacity to deliver an electric charge (so not an eel), and to numb the hands (and presumably other anatomic localities) of the unwary.
Our sense of the word torpedo turns on two seemingly antithetical objectives: a) to blow up, and b) to render numb. Its root, however, is in the Latin torpere, to make dull, from which we get the English word torpor, meaning inertia or lethargy.
Torpedo in the incendiary sense has been used at least since the 18th century to describe all sorts of things that go bang, including nonaquatic entertainments like the exploding caps one might throw at the floor. So the OED’s various citations map out a range of senses, from mines and bombs to smaller bits of devilry once common on playgrounds in a simpler age.
Torpedo in the druggy sense dates at least to 1940. The OED cites Chandler’s Farewell, My Lovely and the usage “yellow torpedoes,” referring to a particular form of narcotic. More recently, Urban Dictionary points to torpedo as a joint “laced with pcp.”
(By the way, one sense of torpedo missing from the OED is the torpedo sandwich, also known as the sub or submarine. Made on a long roll, this torpedo is honor-bound to be overstuffed with comestibles, its objective only to satisfy, and maybe to render blissfully dull, too.)

Pullam on Chomsky on syntax

Aspects of the Theory of Syntax did not present discoveries about language that have since been confirmed as correct by subsequent scientific work. ... Yet it was truly a wonder. Not for what it claimed in detail, but for what it led to.

The celebrated page 3 of Aspects of the Theory of Syntax (1965) announces that the actual subject matter of linguistics is the intuitions about sentence structure of an imaginary “ideal speaker-listener in a completely homogeneous speech-community, who knows its language perfectly and is unaffected by such grammatically irrelevant conditions as memory limitations, distractions, shifts of attention and interest, and errors (random or characteristic) in applying his knowledge of this language in actual performance.”

A link for anyone interested in international corporate communications -- a close ally of corporate and technical journalism -- and the translation thereof.

The International Association of Business Communicators (IABC) is a global network of communication professionals committed to improving organizational effectiveness through strategic communication. Established in 1970, IABC serves members in more than 70 countries for networking, career development and personal growth.
at June 19, 2015 No comments:

Making the complex clear pays, but clarity needs to be managed systematically. In this project, we have developed effective means to do so and examine how complex messages can be made clear - every time.
How can you make the complex clear? This is the key question behind a new global research study. The University of St.Gallen's Institute for Media and Communications Management (aka =mcm) institute and the Global Alliance for PR and Communication Management have conducted a study on how to make complex corporate communication messages clear -- and this in a systematic manner. The study shows -- through case studies, literature reviews, best practices and a survey -- how to create messages that have a clear context, a logical structure, focus on essential elements, and create resonance with their audience.

For a brief overview of a bilingual reverse role play training exercise in a court in Australia's Norther Territory, with a leading judge playing the role of the accused, go to NT judge lost in translation published in the Australian Lawyers Weekly.

​The video is called You Understand, Don't You?

It was produced by ​the NT Aboriginal Interpreter ServiceThe exercise was organised at the Supreme Court of the Northern Territory in Darwin as part of the recent Language and the Law Conference.
Language​s:​ Yolngu Matha, English

On 12 June, the Guardian published a piece by James Gingell entitled Did Wittgenstein use silly points to make profound ones? The Browser summarised it as follows:

It's an interesting thought.

It also reminded me of one of a passage from my notes for a short teaching module on terminology. I used the cartoon below to illustrate an aspect of the language instinct that is common to all cultures. Psychologists study the phenomenon under two main headings, namely ‘concept formation’ and ‘the psychology of categorisation’ which are powerfully summarised, along with other relevant topics on pages 200 to 215 of Steven Pinker’s The Blank Slate. Once the brain has identified a category, the concept is given a name, the starting point for terminology. 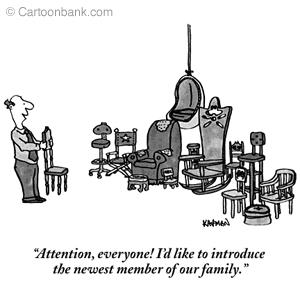 Changing terminology: Of UAVs and drones

The post is a follow-up to Euronaval note: Of UAVs, UASs, RPAs, RPASs, drones and more, dated 5 November 2014. As reported there, I keep rewriting the entry for the French term drone in my working glossary every few months.

Save where earlier documents dictate which designation(s) should be used in a given translation, a short history of my preferred equivalents for drone aérien télé-opéré and the like reads as follows:

Based on work and research undertaken over the last couple of weeks for the 2015 Paris Air Show, the list should now read:

dtSearch can instantly search terabytes of text across a desktop computer, a network, an intranet or the internet, making it ideal for translators, terminologists, language service providers (LSPs) and wordworkers in general.

IntelliWebSearch helps translators and terminologists to solve terminology problems more quickly by allowing them to search up to 50 online and local search engines and other resources all at once. The basic version (v3) is free while the latest one (v5) costs just €25. IWS has thousands of users with many translators reporting that it is their most precious and most used tool. IWS has been favourably reviewed in a number of translation industry publications.

As a long-established user of both IntelliWebSearch and dtSearch Desktop, I was keen, when asked to work with dtSearch Web, to add dtSearch Web to my preferred combination of resources and search engines directly accessible using IntelliWebSearch. For the moment, this is a work in progress. I will report here as soon as I can get the two tools to work together.

Michael Farrell, author of IntelliWebSearch (IWS), has written to say that the settings to get IWSv3 to invoke a local dtSearch Desktop (not to be confused with dtSearch Web) are:

If you have both IWSv3 and IWSv5, you can set up the above settings for IWSv3 then import them into v5.
If you only have v5, try to follow the information and links above.
If all else fails, you can contact me or Michael Farrell and ask for the IWSv5_dtSearch.ini which you can then import into IWSv5.
at June 12, 2015 3 comments:

History and languages in the 16th‑century Mediterranean

In Agents of Empire by Noel Malcolm review – a dazzling history of the 16th‑century Mediterranean, Guardian reviewer John Gallagher gives author Noel Malcolm what is presumably much deserved credit for drawing on "material in upwards of 10 languages in archives from Rome and Warsaw to Dubrovnik and Malta". The result, writes Gallagher, "is a work of astonishing (if, at times, almost overwhelming) richness and detail: a deftly woven tapestry of Mediterranean history that incorporates “the all-too-neglected Albanian thread that is woven into the history of 16th-century Europe”."

The following quotes give an indication of Malcolm's language sensitivities:

In the 16th century, the Mediterranean was what historians have called a “contact zone” – a region characterised not by rigid boundaries and borders, but by a bewildering mixture of faiths, peoples, languages and traditions.

The Mediterranean through which Malcolm’s subjects moved was abuzz with languages. A Flemish captive taken aboard a North African corsair found himself in a real-life Babel, writing that “I was all this while as it were in a dream, wherein a man sees strange apparitions, which cause fear, admiration, and curiosity, reflecting on the several Languages (for they spoke the Turkish, the Arabian, Lingua Franca, Spanish, French, Dutch and English), the strange habits, the different Armes, with the ridiculous Ceremonies at their Devotions.” “Lingua franca” referred to the pidgin language spoken on ships, at market stalls and in slave quarters from Marseille to Tunis and Izmir, alongside the region’s almost countless vernaculars.

In 1579, Cristoforo Bruti became a giovane di lingua, training for a life as an interpreter, or “dragoman”.

Judging from the review, the book sounds like a fascinating read for anyone interested in both history and languages, and more particularly those of the eastern Mediterranean.
at June 11, 2015 No comments:

On 'thank you' in Hindi

Noticed in passing: an example of information explaining another instance of when not to translate even the simplest of words, in this case if you happen to be translating from English into Hindi.

In 'I've Never Thanked My Parents for Anything' Danish Siddiqui of Reuters explains why Dhanyavaad is used so much less frequently in Hindi than thank you in English. Fascinating.
at June 11, 2015 No comments:

Today's "Les Décodeurs" rubric in Le Monde clarifies the current terminology in French for the different types of Muslim veils with definitions and photos of the niqab, hijab and burqa.

Wikipedia has a more comprehensive article under the heading List of types of sartorial hijab, but only in English. More useful information can be found in Wikipedia by comparing the entries in different languages for words like niqab, hijab, and burka or burqa.

Note in passing. Similar headgear was worn by women in southern Portugal, and more particularly in and around the town of Olhão until the early 20th century. See Côca, Biuco e Capelo.
The main type is called bioco or biuco in Portuguese which may be a cognate of burqa.
The Dicionário Priberam lists the definitions of bioco as:
1. Mantilha ou envoltório com que as beatas tapam o rosto.
2. [Figurado] [Figurado] Ademanes de modéstia afectada.afetada.afetada.
3. Gesto de ameaça.
at June 11, 2015 No comments: