I wish I had read Matthew Kushinka's excellent article À Propos: Synonyms in French under the ATA French Language Division's À Propos rubric before starting this series of posts on Terminological consistency.

Matthew found the terms and examples that my pieces lacked. The good news, I think, is that we are thinking about the same issue from parallel perspectives.


A metonym is a figure of speech in which a person or thing is called by another name rather than its own. (Think about how many times you’ve seen l’Elysée used to refer to the French government.)

I was pleased to see that Matthew's best example of multiple stand-ins in French is drawn from a piece of science writing for the general public, a text type that I see a form of technical journalism:

Matthew goes on to say:


Unfortunately, I don’t have any data on “synonym density” between French and English. (Corpus linguists, consider that an idea for your next academic paper!) But I suspect that the French use synonyms, metonyms, and other lexical stand-ins more frequently than Americans.

Like Matthew, I suspect that the French make greater use of metonyms and other lexical stand-ins than English-mother-tongue writers of the text types under discussion. And I too would like to read some serious corpus-based research confirming or disproving this hypothesis.
And if anyone wants to take the concept even further, it would be fascinating to see languages ranked according to this criterion.

When it comes to translating text types that may make greater use of metonyms and lexical stand-ins in either the source or target language (journalism, political discourse or management speak are three text types that come quickly to mind), I believe that today's theories of terminology, not to mention the supposed benefits of CAT/TenT termbases, leave much to be desired.
****
CAT: computer-assisted translation
TenT: translation environment tool
at June 28, 2016 1 comment: 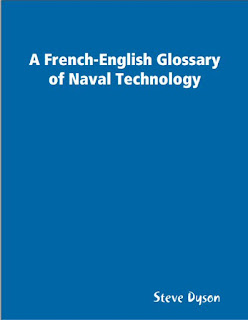 The broad context in which I spent 15 years translating corporate literature and technical journalism concerning the French naval defence industry can be summarised as follows:
Such is the essence of the translation challenges posed by technical journalism and such is the essence of the highly personal structure and organisation adopted in compiling my French-English glossary of naval technology (aka #NavTechGloss).

For more on metronyms, see Terminological consistency #5.
at June 23, 2016 No comments:

In this post I summarise some observations concerning terminological consistency as an English-language technical communicator and an into-English translator who put two children through the French education system (primary, secondary and tertiary levels) and has spent 40 years working with and for French engineers employed in the aerospace, remote sensing and naval defence industries.

Some personal observations of the French education system and its graduates since say 1975:

Before explaining my thoughts on the limitations of vendor claims on terminological consistency allow me to record here some generalisations that (a) I hold to be broadly valid, and (b) provide a framework for my analysis.


On the importance of terminological consistency in translation

Below I have compiled a handful of claims by translation and language software vendors on the importance of terminological consistency.

SDL offers a downloadable brochure entitled The importance of corporate terminology. On page 8 it says:


By defining a concept and assigning one allowed term per language to it, a company can make sure that everybody involved in the communication process is clear and consistent, no matter which department, subject area or which text type is concerned.


SDL MultiTerm is SDL's terminology management tool used worldwide by content owners, project managers, reviewers and translators to ensure consistency in terminology across all content types and languages. It can be used as a standalone desktop tool to create terminology databases and glossaries or with SDL Trados Studio to improve overall translation quality and efficiency.


A key finding from the TTI survey is that nearly half of translation rework is caused by terminology inconsistencies.


The bigger the project, the harder it is to ensure consistency. Terminology and recurring phrases must be applied consistently. memoQ helps you achieve this ...

Referring to an Acrolinx case history, we learn that:


Introducing the Acrolinx platform also helped raise in-house awareness of the importance of consistent terminology. This, in turn, simplified translations into other languages and allowed the company to speak with one voice.

With the exception of SDL's naive statement about "one allowed word per language" for a given concept, I would agree entirely with all of these claims if only they were made with a few reservations. These reservations will be discussed in my next two or three posts.
at June 23, 2016 No comments:

A glossary worth its salt

Allison Wright author of a That elusive pair of jeans at wrightonthebutton.com has posted an insightful review of A French-English glossary of naval defence under the heading A glossary well worth its salt.

Allison makes a number of, as I said, insightful observations including the following:


... this glossary provides a cogent argument for building something worthwhile for your own practical reference within a specific subject field. Such glossaries are far more dynamic than is initially apparent.

In many texts, including those where the proportion of ‘technical’ content is relatively high, consistency is not always desirable, and this is where a glossary which lists two or three target options next to one source head word is much more helpful than anything one’s TM might contain.

There is more than one way to skin a CAT, as the saying goes, and in this case, a glossary ranks high on my list of priorities.

Many technical journalists, communicators and translators show a tendency to use noun forms in preference to verb forms, for example 'acquisition' in preference to 'acquire'. This gives rise to much discussion. Today, I do not wish to add to the theoretical discussion, but merely to quote some examples then add a few brief comments.

My examples are drawn from an article dated entitled Navy May Back Away From Advanced Arresting Gear for Ford Carriers by Sam LaGrone, a seasoned technical journalist who has covered legislation, acquisition and operations for the Sea Services. The article was published on the U.S. Naval Institute's USNI News website on 24 May. (Hence U.S. spelling and original punctuation and capitalization.) 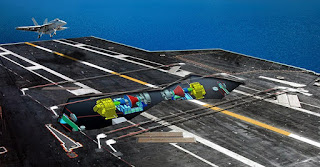 The quotations I wish to focus on are:


“The Advanced Arresting Gear has become a model for how not to do acquisition of needed technology,” a senior Navy official told USNI News on Tuesday.

Question: Why 'how not to do acquisition' rather than, say 'how not to acquire'?
Comments:
1)  While most style guides suggest that verbs are preferable to nouns, this general rule is often flouted by technical communicators, particularly when the noun carries connotations that the cognate verb does not.
2)  When understood as shorthand for 'defense acquisition', the noun brings to mind university courses, guidebooks and more. [The Defense Acquisition University provides mandatory, assignment specific, and continuing education courses for military and civilian personnel. DAU guidebooks here.] The verb 'acquire' carries none of this mass of information, know-how, procedures, constraints, etc.

If anyone out there in the blogosphere knows of a a more thorough treatment of this topic, please let me know.


The promise of the AAG and the Electromagnetic Aircraft Launch System (EMALS) on the other end of Ford was to allow the carrier to launch and recover aircraft that weren't built to the high tolerances of the current arrested landing and catapult systems and expand the types of aircraft that can make an arrested land on a carrier. [sic]

While there are clearly cases where technical journalism demands certain noun forms rather then the cognate verb forms, frequent recourse to noun forms in preference to verb forms can result in poor style.

Numbers in boxes: Grammatical and other tricks

This post is about layout, editorial and other tricks used in general and technical journalism to present numbers in information boxes, side columns and the like.

Here are a couple of examples from the FT's The Big Read on 6 June. The article, by Harriet Agnew, Miles Johnson and Patrick Jenkins, is entitled Inside McKinsey’s private hedge fund: 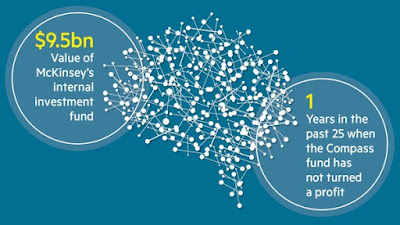 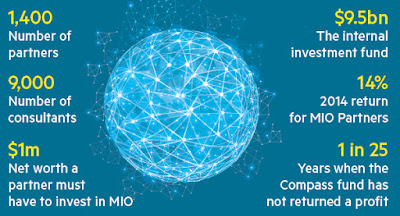 Would anyone like to describe the grammatical liberties taken here in order to achieve the designed graphic design/layout?
While the liberties taken here will probably pain many a grammar maven, the visual impact is impressive, particularly, IMHO, for scan reading, or for scanning to decide where to focus one's gaze more intently.
at June 08, 2016 No comments: